Getting Better at X
Experiments As An Entity
Team Dynamics 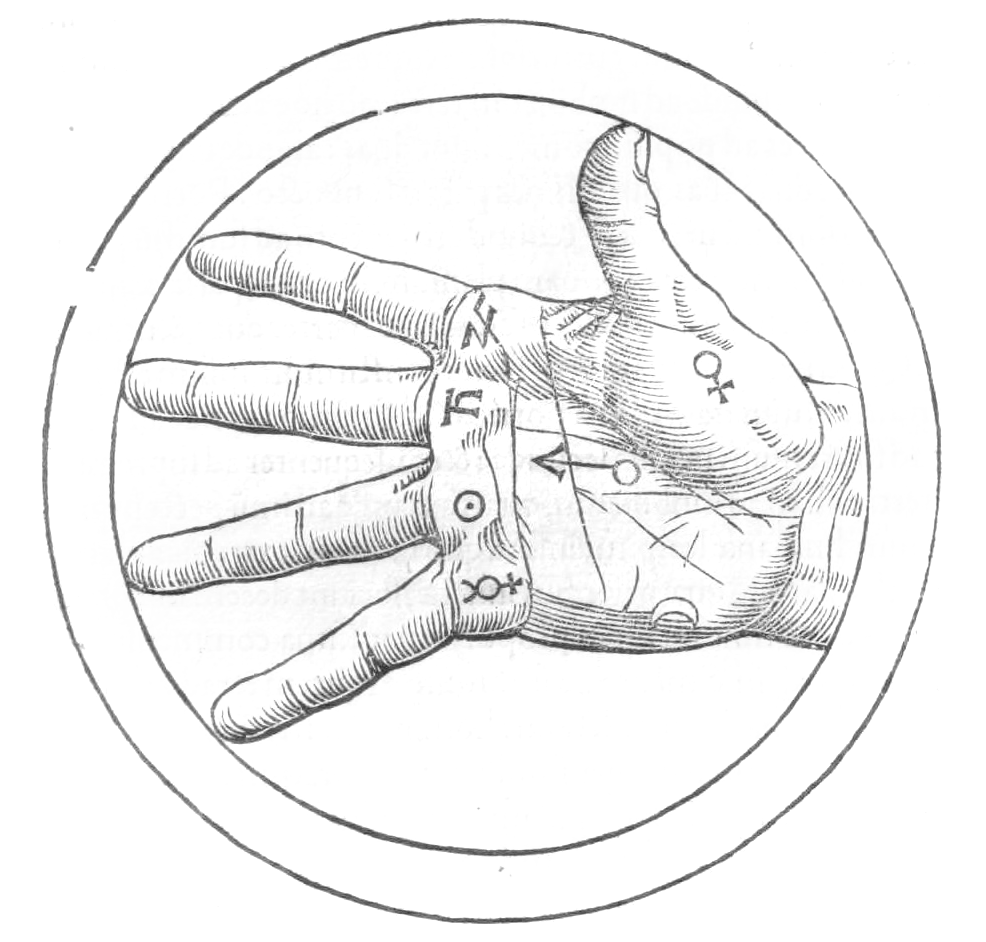 Having grown up outside of Britain, I am already an odd bird in that, when I speak, my hands play a crucial role in how I express myself.

Where I grew up we speak with our hands. We use gestures to express a subtext to our spoken words. Being an immigrant though often means that your understanding of a certain gesture is slightly off from that of your counterparts.

I’ll never forget the first time a colleague called out me from across the office and I responded with a “just a moment” hand gesture, just to discover that where they grew up, that very same gesture is used to flip people off. Suffice to say I was buying rounds at the pub that night.

With that in mind, I have taught myself to keep my hand gesturing to a minimum and rely more on my words.

The return of hand signals

This has changed in recent months as my team and I have adopted a practice made popular in the hight of the 2011 Occupy Movement. If you were to visit one of the movements’ General Assembly gatherings, as I had in the Tel Aviv branch of the movement, you were likely to note an intriguing wave of hand motions make its way through the gathered throng.

Anecdotally, the Tel Aviv branch, though identifying with the global Occupy movement, did not call itself Occupy Tel Aviv (other than by a minority within the group), but rather the Social Justice Movement. As you might imagine, the terms Occupy and Occupation, are somewhat contentious in the Israeli public.

Despite that, the local group adopted many of the global movement’s practices, one of them being the hand signals. The movement used these hand signals to facilitate their ideal of consensus driven decision making by aiding whoever is leading the discussion to gauge the opinion of the group at any given time.

I had completely forgotten about this practice for years until earlier this year when our agile coach proposed the hand signals as a solution to a problem we had been experiencing within the team.

Requiring Consensus Can Lead To None At All

One of the problems the team has had to tackle as it has cohered has been the fear of individuals forcing their decisions on others while relying on some power dynamic. An emergent behaviour rooted in this fear has been the adoption of consensus driven decision making. I don’t remember if this was a conscious decision or whether it emerged from the budding self-awareness of teammates regarding their own positions of power, but the team slowly slid into a pattern of indecisiveness due to a lack of consensus.

There were several problems which had resurfaced throughout several retrospectives which, in my opinion, were all linked to this root cause.

On several occasions, as an example, it had been raised that multiple meetings had been needed in order to make a single technical choice, where a single meeting might have sufficed. The team agreed that these decisions could have been made sooner had communication been better, but found it hard to identify the cause of the communication breakdown. Digging deeper, we found a recurring difficulty by individuals to gauge whether they had succeeded at generating by-in for their position, resulting in a perceived need to continue speaking long after they had made their point.
Mirroring this, several individuals expressed a need to speak up even when they agreed with what had been said before, often creating the illusion of debate when there in fact was none.

Tackling this has not been simple and has required several adopted practices, among them Experiments As An Entity which I will be blogging about next, but the Occupy Hand Signals have played a crucial role and were relatively easy to adopt.

We have adopted the signals as-is, without modifying them, but in practice, we have found that the level of debate in technology environments is simple enough that we only really use a handful of these signals.

In fact, our finding is similar to that of our neighbours (literally, they are several floors above us in the same building) over at GDS who have also adopted the signals.

We have found that using the I agree, I disagree, I have something to say, I have a direct response and point of order cover most of our bases. A rare I need clarification might make an appearance from time to time, but the other signals have all been deemed excessive for our environment (we all felt disagree is enough, hence the usage of oppose or block is discouraged). 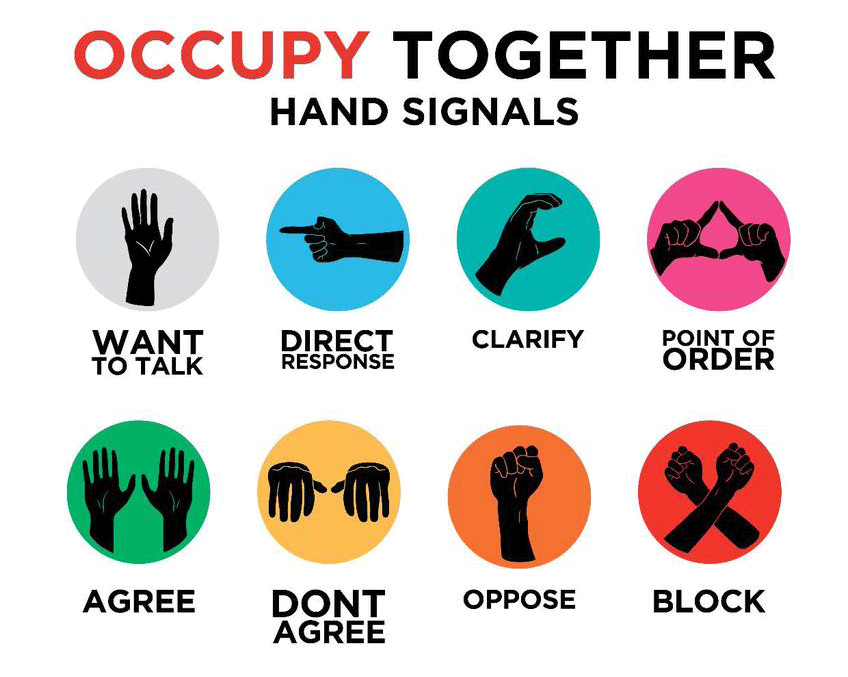 We have now employed the Occupy Hand Signals as an integral part of our team discussions for well over six months and the change is quite staggering.

Team discussions are far more streamlined, as people express agreement or disagreement without having to disrupt others. Power dynamics are further challenged as the less vocal members are empowered to express their feelings and with the ability to express direct responses they can demand prioritised opportunities to speak up without having to compete with others.

Meetings which veer off topic, or even just splinter conversations at Stand Up or huddles, are quickly brought back on track with the help of point of order.

These signals also slip into the subconscious of the team members, causing them to use these signals in out-of-team meetings, which helps both in socialising these tools but also raises the awareness of other teams to their own communication challenges.

I have also glimpsed developers use them in one on one scenarios such as pairing, and my favourite was when a developer was standing at a white board, seemingly talking to themselves while mulling over a problem and suddenly they raise both hands in momentary agreement with themselves.

I would highly recommend giving these hand signals a shot.