Betting On Reason
The secret sauce to an effective team is a mix of Marmalade, Chutney and a little Tahini
Tech Ethics 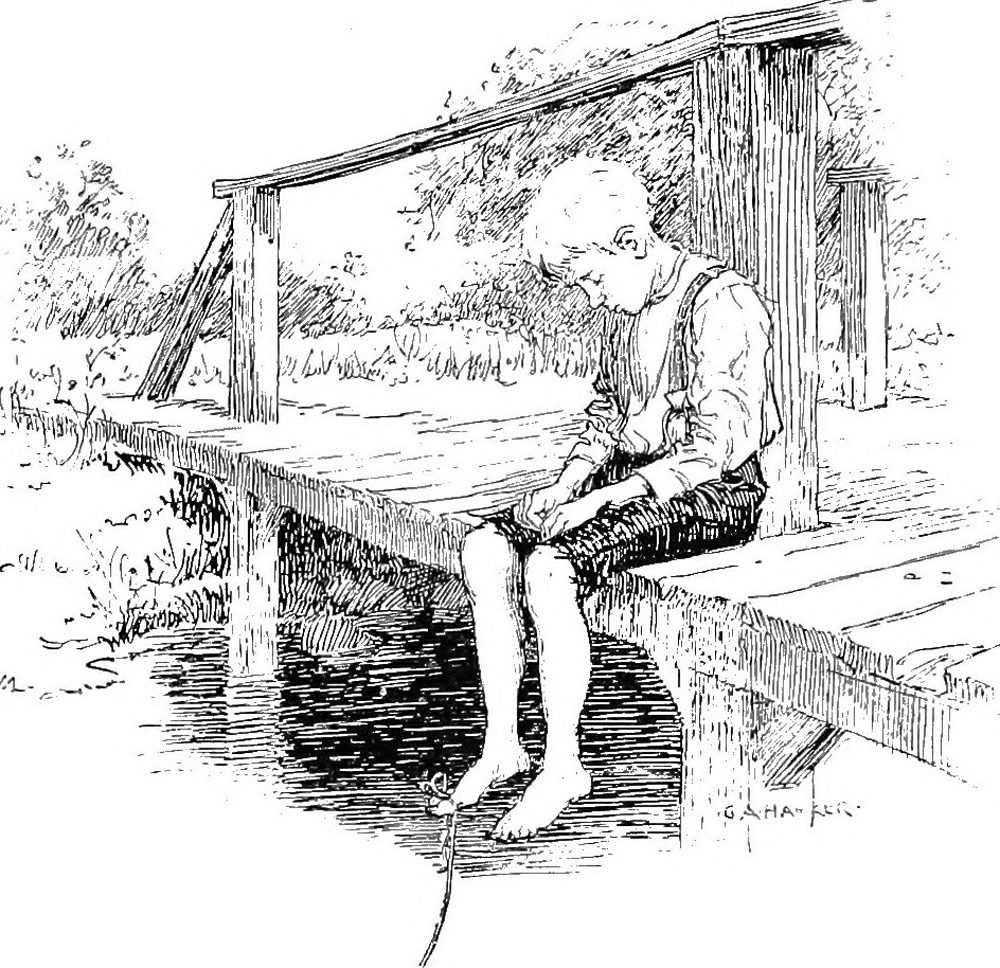 Last week I had the profound pleasure of attending the first ever COED:ETHICS conference in London.

A first of its kind, the organisers of this conference posed a question which has long been on my mind: Can developers become agents for change which might inspire, inform and enforce ethical standards within the tech industry?

I found the conference truly unique and inspiring, but mostly, it really struck a personal chord with me and I thought it was worth taking the time to clarify why I felt it is important to take part in such an event.

Throughout my career I have been heavily involved in the recruitment process into the tech industry. I am also extremely passionate about improving the diversity within the industry and I am actively working to improve the inclusivity of the community of developers I am a part of.

Recently I found myself confronted with an ethical question which required an immediate answer: Are my personal ethics at odds with those of the industry I work in? And, more importantly, how much leeway do I have in following my own ethical guidelines when participating in this industry?

Ethics As Part Of The Recruitment Process

At my current company all developers take part in the interview process of candidates, which means that as part of my job (though I am in no way a member of our People Team) I assist in screening the CVs of candidates.

Several months ago a CV came across my desk from a developer whose previous employer had been named by newspaper headlines on a semi-regular basis. For the sake of keeping this post on topic and to avoid triggering an unrelated debate, I won’t name the company explicitly.

Instead lets use a pseudonym.

I shall hence force refer to this employer as Oxford Statistica; a totally made up company name. Totally.

This candidate was likely choosing to distance themselves from the reputation this company was amassing, which is a perfectly legitimate thing to do, but I found myself asking a serious question: How relevant is the nature of this company's business practices to the question of this person's future employment?

The Industry Doesn’t Deem This Relevant Thinking back over my time in the tech industry, I have come to the conclusion that at this moment in time, the general question of the relationship between the ethical aspects of a company’s business practices and their bearing on the individuals working at the company, are limited to what a legal system might define as culpability.

What I mean by this is that the only place where it is considered legitimate to hold a candidate to account for the ethical practices of their previous employer is when these practices were found to be illegal and that the law had found this individual responsible in some form or another for this wrongdoing.

In fact, I would go so far as to say that, as far as I can tell, the industry in general would find the dismissal of candidate on ethical grounds without proven culpability as a form of discrimination, just as dismissing a candidate for being “A Tory” would be discrimination.

I Am Biased The second, and perhaps most important one, was that I am in fact biased against this candidate. As an often overly vocal voice in the D&I efforts of my employers, I talk often about the concept of the biases that interviewers are often tripped-up by when interviewing candidates.

In the case of this candidate, I posed, I am no longer capable of avoiding Confirmation Bias, specifically I am more likely to support the thesis that this candidate has taken part in unethical practices, than to be convinced otherwise.

This is the very definition of bias, and as I had already come to the conclusion that my concerns are not deemed relevant by the industry, I chose to withdraw myself from this candidate’s interview process.

This means that another developer stepped in and conducted the interview in my place. This meant the candidate got a fair and balanced interview, instead of having to face me, an interviewer who was already biased against them.

I felt comfortable with my decision in this case, but found myself severely torn up inside, as I realised this question was one I am likely to encounter more and more as we uncover more misdoings by companies and individuals throughout our industry.

In the wake of this interview I came across the mention of the COED:ETHICS conference and noticed this blurb on the conference site:

After the Facebook, Uber and Volkswagen scandals, where are we as an industry? How did we get here and will things get better or worse? 80% of developers don’t feel it’s their responsibility if unethical products go live. Are they right?

No single more relevant question could have been asked of me at that very moment, and so I quickly grabbed myself a ticket, booked the day off and prepared mentally to seek out other individuals who might be as frustrated as myself in the quest to answer it.

Have I Found An Answer?

Though I discussed the topic with several people at the conference, I neither got a clear answer, nor was I expecting to.

The participant at such a conference, are by the vary nature of such a grassroots event, individuals who are not entirely comfortable with the status quo. This means that they would likely lean towards change, not retaining things as they are, and as the status quo seems to be that of stifling debate on ethics in favour of company profits, I knew that any answer I got would likely be biased towards one edge of the spectrum.

That said, I have come up with my own position on this question and I thought this would be a nice opportunity to voice it.

Why the Ethics and Practices of Former Employers Are Relevant

My personal position is that we should be asking candidates about their position on the ethics of the business practices of their former employers.

There are several reasons for my position.

They Are Often Applicable To The Work In the case of the candidate from Oxford Statistica, the company has been accused of dancing on the edge of criminality in its use of personal data, avoiding legal action by the skin of its teeth thanks to the archaic nature of our legal system.

In the case of my current employer, we could potentially use similar methods to boost our revenues, but we explicitly choose to prioritise privacy over shady business practices. We rely heavily on the ethics of our employees to act as safeguards, especially those of our developers, data scientists, and analysts as they could easily violate these guidelines without the rest of the business ever knowing.

In fact, we employ a Privacy By Design practice by which every single Story, Developer Task and Operation is assessed for privacy issues by the developers as part of the design process, to ensure they keep privacy concerns at the forefront of their minds.

If a candidate is coming from an environment where the demanded ethics around privacy are divergent from our own, then how can we possibly ignore that? Surely, the only way to ensure that our practices are retained, is to ensure candidates are willing to adhere to them.

Questioning a candidate on such questions is the opposite of exhibiting bias As I explained above, in the case of the Oxford Statistica candidate, I did not feel empowered by the industry to ask this question. Nor did I feel that my company could take a divergent stance on this issue on its own, as it would end up being labeled a discriminator. With that in mind I decided I could not question the candidate on such issues, but without debating these topics I was afraid I would end up unintentionally biasing against the candidate, which is why I chose to withdraw.

It is my belief however that had I been able to ask the candidate about their position on such question it would actually allow me to avoid these unintentional biases.

To understand my position it is first crucial to understand that the intention behind such questions is not to hold the candidate to account for the actions of their former employer.

Firstly, such a demand would be unfair as many employees might have been completely oblivious to the methods employed by their employers.

Secondly, even if a candidate was aware, or even took part, it is important to give them a chance to explain themselves, as it might be that they did in fact speak up, did try to change things and most of all, as human beings, they too can make mistakes, learn from them and improve. All we’re doing is making the question of ethics part of the conversation, and with the right empathy we can make these questions as valid as technical exercises.

Thirdly, on a personal level, it would be completely hypocritical on my part to hold such actions against the candidate, as I spent the first 7 years of my career working for the Defence industry. I would not feel it fair for a potential employer to reject me on that basis without first giving me the opportunity to discuss the issue, as ethics are often subjective and are open to interpretation. 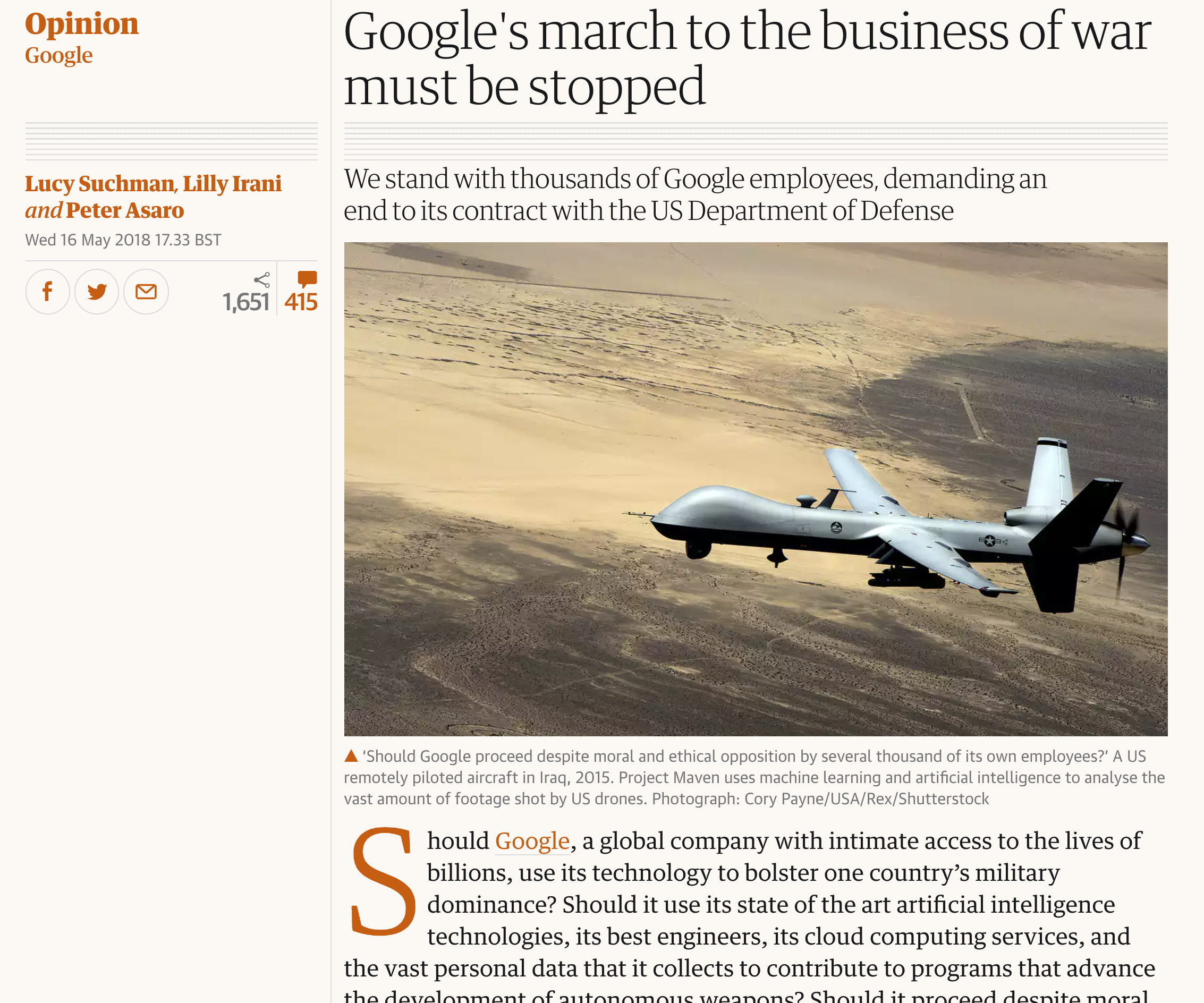 As we saw when Google’s bid for a Pentagon contract which would have offered its AI technology to isolate targets for attack by scanning drone feeds, employees care a great deal about how their work is used. At the time, an open letter was signed by over 3,000 Google employees forcing the company executives to pull the plug on the project. Had these employees had the opportunity to discuss these topics with the company as part of their interview process, they could have avoided this situation all together and could have avoided offering their expertise to a company that would use the product of their work in a manner which might be contradictory to their personal ethics. One might argue that had they not been employed by Google they would not have had the power to stop the project, but my argument is that by forcing the ethics into the conversation we can separate the “ethical” companies from the “unethical” ones and by doing so we can hold the unethical companies to account by using the power of the community as a whole.

Nothing much has changed, but I feel that after the COED:ETHICS conference I am slightly more empowered to express my point of view.

By holding the conference our community is beginning to challenge the status quo, and even though it is still far from affecting change, it is sowing the seeds.

Perhaps change isn’t here yet, but if it’s up to me, change will come long before I retire.