What Else Have You Written About?
Why on earth would you create yet another package manager for Javascript?
Javascript 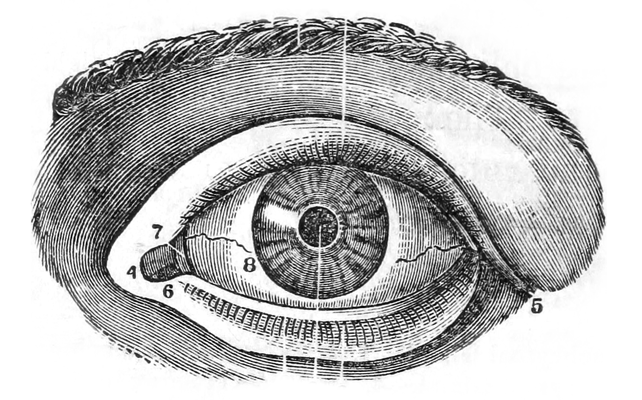 As Front End developers we use CSS selector engines all the time. Most commonly, Sizzle, which is baked into jQuery. The selector engine provides us with a comfortable way to search for elements on the page in the same way as we’re already used to doing in our stylesheets, which makes it simple for us to wrap our brain around.

But what happens when instead of having a selector in hand and finding it’s corresponding element on the page, what I have is the element and what I want is a corresponding CSS selector?

I’ve built and open sourced an engine which generates a CSS selector for an element on the page so that you can persist it and find it later, and its on Github at SimmerJS.

Why indeed? Well, why not? There are many situation which I can think of in which we would want to translate an element to a persistable selector. The specific reason I had to develop this was a project I worked on a while back for an AB testing company. This company, which has now sadly gone the way of all flesh, provided it’s users with the ability to mark parts of their page and then generate scripts which would find those parts on every page load and replace them with some predefined content. This was done on the Front End for many reasons, which I won’t go into, but what is important to note is that this tool could be used anywhere on the web, ranging from simple static landing pages to complex web apps- hence the saying It’s A Jungle Out There was more accurate than ever for this particular project.

Approaching the challenge of building this reverse selector engine, I made note of several issues I’d have to deal with:

The way to approach finding a unique selector for an element is to find a balance between the most specific way of describing an element to the one with the least number of moving parts.

To understand what I mean, lets look at these two CSS selectors and associated DOM:

It is very clear that if the element we’re trying to parse is the em element then both of those selectors will work, but knowing that the first is shorter (less elements in the query) we have a little more wiggle room for the danger of that DOM being changed by some dynamic content. That said, it is also true that the shorter selector is also less specific, and is more prone to becoming invalid if the dynamic content generates some element on the page that happens to answer to the same selector.

This balance, between specificity and flexibility, is a tough nut to crack, but I think I’ve managed to achieve a working one. The current implementation, which I’ll describe in a moment, has been used on hundreds of sites and has performed at a very satisfactory level. For the vast majority of pages and tests we managed to achieve very predictable results.

At first, the process of calculating this well balanced selector wasn’t as clear as I’d thought it would be when I first started. Like every Front End developer I knew that different CSS selectors have different strengths. For example I knew that an ID is stronger than a class and that a selector consisting of a class and a tag was weaker than two class, but I wasn’t sure how exactly that calculation is done and I had to make sure this calculation is done to the letter, otherwise I might end up with a result which is different than that which the selector engine would actually need when deciphering the selector later.

For this I had to dig into the actual spec for CSS. Something I never thoght I’d actually need to do. Luckily for us, the spec is actually very clear and readable in regards to calculating what we call a selector’s Specificity weight. The Specificity Weight is the score we give a selector by which the browser can then decide which CSS selector “wins” when choosing how to style that element. In our case we don’t need to choose between two competing selector. What we need is to find a selector which is specific enough to narrow down a whole document to a specific element of interest.

Essentially the guideline for calculating specificity is this:

To be accurate, as my Friend Ronny O (of Really Good) likes to remind me, this isn’t a standard Base 10 system (you can learn more about that here) but for the sake of this article it simplifies the explanation.

Knowing that this is the hierarchy of specificity really simplifies things, because it means that if we can generate a selector using an ID or even a pair of IDs, then we should have a winner. It also tells us that if we need to resort to a selector made out of a bunch of classes we’ve got a very weak and breakable selector.

Seems simple enough, right? Well, not quite. Here are some notes about this sequence:

Lets start by looking at the hierarchy we build. If you’ve looked at the library you may have noticed we have a depth configuration value, which by default has the value 3. This means we will, by default, only look at the element’s parent and grand parent when calculating the selector. I found this to be the best depth simple pages but on our production version for the AB testing component we actually expanded that to a depth of 6 because we found that gave us the best balance between specificity and flexibility. The reason we had to climb so high was due to most of our clients using very “semantically bad” web pages, with tables in tables in tables, which meant they often needed a selector for a TD element with no classes or IDs on it’s ancestor row and table.

Checking for an ID on an element in the hierarchy seems straight forward enough, but as I mentioned — its a jungle out there. More often than not we fond that people do not adhere to the whole only one unique element to an ID paradigm.

Though that may seem ridiculous it actually is a serious problem, because if you have two elements with the same ID you may think you have a specific selector in hand, but infact, it’s useless. So when using an ID you also need to check it’s uniqueness.

How far do we go?

Another thing to note about the algorithm is that, in theory, it could end up with a very complex selector which breaks our need for flexibility and simplicity in our ideal selectors.

To get around this we have specified another configurable property called specifictyThreshold. This threshold is esentially the minimum specificity weight we need our selector to reach before we say enough.

If, for example, I find a selector which consists of a unique ID on the page, then I have a specificity of 100 points. This means that if I set my threshold to 100 points, the engine will deem this selector as specific enough to quit the parsing process:

That is, assuming, that the IDed selector is specific enough to provide us with the original element. If, for example, the ID isn’t on our element, but rather on our element’s parent, we may need another layer in there — such as the element’s tag, and we’ll finish with a elector worth 101 points in specificity, such as:

The last point I’d like to point out is sibling relation selectors, such as :nth-child(x) or :nth-of-type(y).

These selectors may seem the ideal selectors for this kind of unique selector generation, but in fact, I found these to be severally lacking.

The main reason is that these are actually very unreliable on malformed pages. In fact, so much so, that I had to disable :nth-of-type all together!

This is why we keep these selectors to the end, as a sort of last resort, and we avoid them when possible.

There are several situations where these selectors break down. These are often browser specific problems, rather than a general rule and you may be surprised to hear that IE is far from being the only culprit, with Safari, and even Firefox, actually giving me much grief as well.

There are several more problems with these selectors which make them less reliable than their counterparts.

At this point there was still one more element to this puzzle. How would this engine actually check which selectors work best? Sure, we can calculate a very specific selector, but that doesn’t mean it really is unique.

To address this issue I built Simmer with an internal mechanism for finding the best possible query engine for it to use. We knew that we’d be packaging jQuery with both our AB testing manipulation library and Simmer’s editing environment, so we knew that we could count on the same algorithm being used wherever we used Simmer, but I also wanted the engine to be a comfortable engine to drop-in in other projects.

To that end Simmer has been equipped with a “super complex mechanism” — it asks the page what it can use. It looks around for a jQuery engine and if it find one — it uses that. If it can’t find jQuery it searches for a stand-alone Sizzle engine. If that can’t be found either it defaults to the browser’s document.querySelectorAll implementation.

It also provides a configurable callback for querying in case the developer want to use an other DOM querying language.

I loved writing Simmer. It was a fun and challenging project, but I don’t think it is anywhere near done. I still have so many ideas, such as expanding configuration to give developers a higher level of control over the final selectors and allowing developers to plug in their own parsing functions to expand support for custom doctypes and tags (React module and JSX support, perhaps?).

As CSS3 gains wider adoption (we’re almost there now, aren’t we) additional selectors could be, and should be, added into the mix. Also, as Selector Level 4 (wrongly referred to as CSS4, while in is in fact extensions to CSS3) gains adoption we’ll need to add these too.

I’ve been involved in two companies that needed this tool, so I have a sneaky suspicion there is more need for Simmer than initially meets the eye. Though legal realities forced me to set Simmer aside for a while, it is now officially Open Sourced and available for usage, so I can finally put the effort into it that it deserves. I hope more people find this library useful and find an interest in helping me take this code base to the next level.

The Github repo is waiting for you!